Warning: Invalid argument supplied for foreach() in /home/ketchupa/public_html/wp-content/plugins/pinterest-pin-it-button/includes/simple_html_dom.php on line 691

Warning: Invalid argument supplied for foreach() in /home/ketchupa/public_html/wp-content/plugins/pinterest-pin-it-button/includes/simple_html_dom.php on line 691


Have you guys seen moms on the internet lately? We’re all either drowning in the minutiae of our lives, living a #blessed existence of calm collectedness and poignant understanding of the state of motherhood, or are too busy drinking wine to give any thought about the ketchup-caked kitchen counter or making dinner that requires more effort that ripping open a package or the overflowing garbage because well, wine. 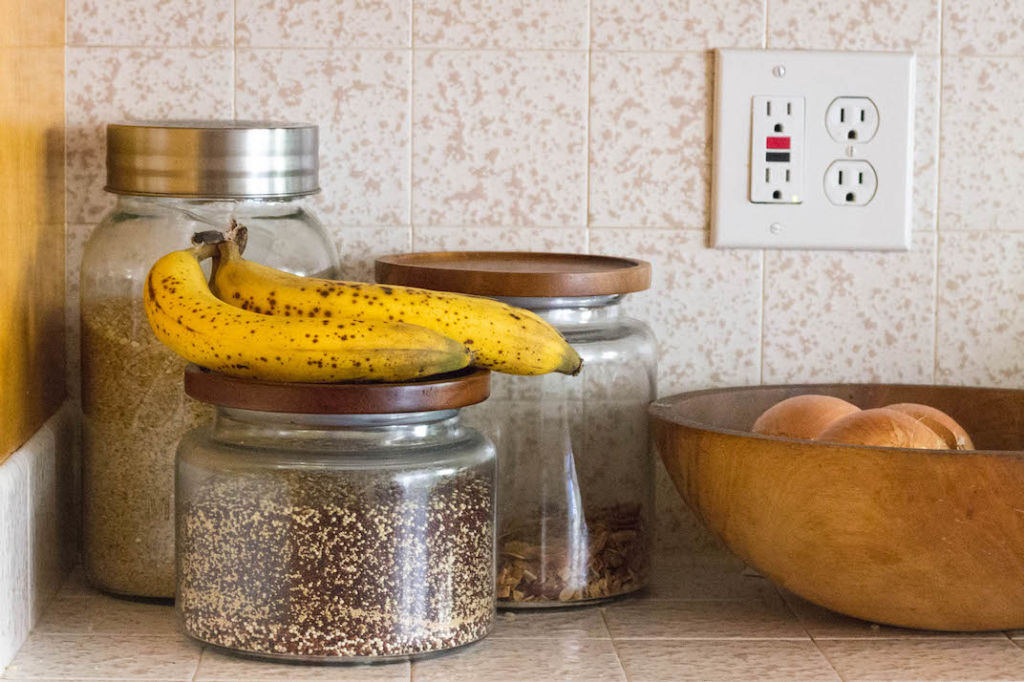 Of course that’s not how it really is. And I get it. It’s funny and a bit of a relief to have that tiny bit of solidarity in a meme about crappy kids’ TV shows or the inexplicable amount of toothpaste that ends up on the bathroom counter. But if I see one more “Open Letter to the Impatient Grocery Store Clerk/Tired Mom Asking Her Preschooler to Put On His Shoes/Toddler in the Sandbox Who Wouldn’t Share Her Goldfish” I’m going to lose my ever-loving-mind. And I mean, I dunno, I don’t find it all that difficult to change out of my pajamas and throw jeans and a tee shirt.

And this isn’t about the impossible standards of motherhood we see glorified on Instagram and Pinterest, or the how tempting it can be to just give up at any given moment. It’s the incessant reminders to “chin up, mamma!,” “stop and celebrate the small things,” or just flat-out “screw it.” 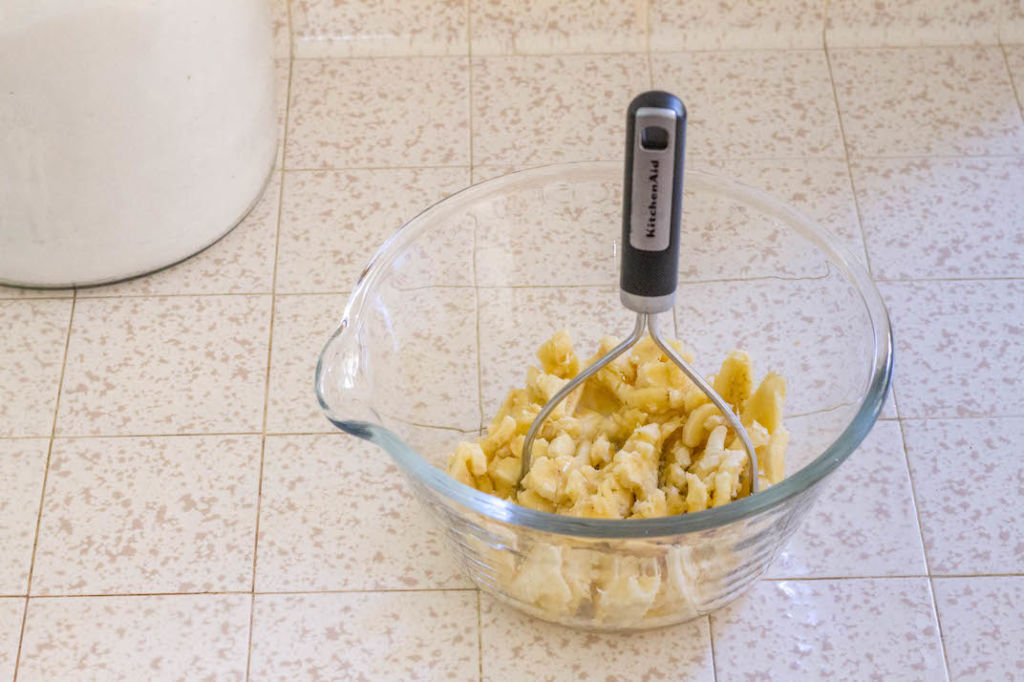 Because mostly my days just fly by right down the middle. Like, I’m actually doing ok?

Today I went on a Costco run, threw in a load of laundry, finished up this blog post. The giant pack of toilet paper is still sitting by the front door, I didn’t actually fold any of that laundry, and I didn’t get around to replying to any of the emails I wanted to. I got a nerve-wracking voicemail from the principal about an incident at school, and then had to go in and clear it all up. I gave my kids hugs after I picked them up, we fought over guitar practice and the Lego mess in the living room, shared snacks. They ran around outside, I yelled at them to come in for dinner. I yelled again for them to come in, and then again because if I had to do it one more time everyone is grounded. Then dinner and fights over showers and a few pages of Harry Potter and bed. There were some good parts, some not great parts, but it was an overall successful day of nothing hugely significant happening.

I didn’t have a breakdown over the expectations of suburban housewives to keep up with the mundane details of price comparisons while I was in the canned goods aisle at Costco. I didn’t have a profound moment of clarity while peeling potatoes about the privilege I have to be able to peel potatoes to nourish my family who is so grateful for all of my hard work, even if they don’t show it. (Probably because I wasn’t peeling potatoes cause I leave them on because duh, fiber.) I might have a glass of wine later, or maybe just a mug of tea.

Of course it is necessary and so important to talk about the hard stuff, the stuff we didn’t know was part of this whole parenthood thing until holy shit here we are in the thick of it. This era of parenting is increasingly done on our own, away from parents and friends and a solid support system. It is heartening knowing that some mom 1500 miles away gets where you’re at. 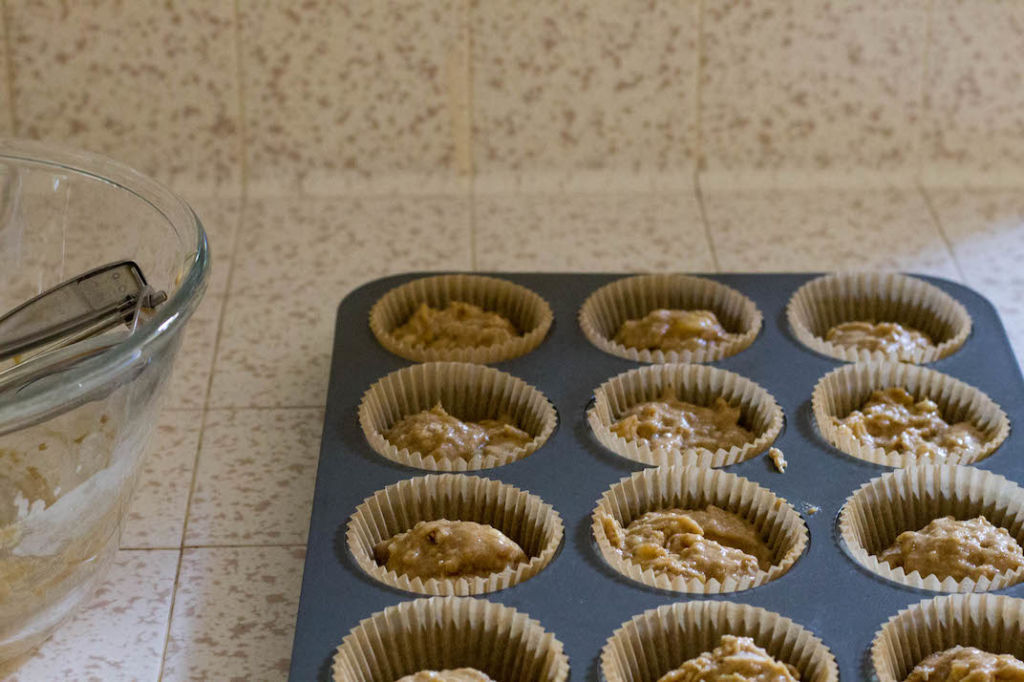 But you guys, it’s also exhausting. (And despite what that meme is telling you, exhaustion is not a requirement of parenting.) You can be doing just ok, and be content and happy in that and not have it be A Bad Thing. Sometimes success can be a quiet declaration of “I am doing this parenting thing!” and a whole wheat banana bread muffin.

Much like most of my days, these little guys are a celebration of the middle. They are not the stuffed and fried and frosted and dolloped indulgences in those cooking videos that autoplay in your social media feed. And they aren’t raw-vegan-paleo-“treats” made up of algae and dates and every extraction of coconut imaginable. They’re just little muffins filled with bananas and whole wheat flour and coconut oil (because it’s tasty) and a bit of brown sugar. They’re wholesome, but not taken so far down the health road that they no longer remotely resemble their predecessor. And because banana bread is delicious and no one wants want to wait over an hour for a loaf to bake before we can eat it, let’s bake them up as muffins instead. 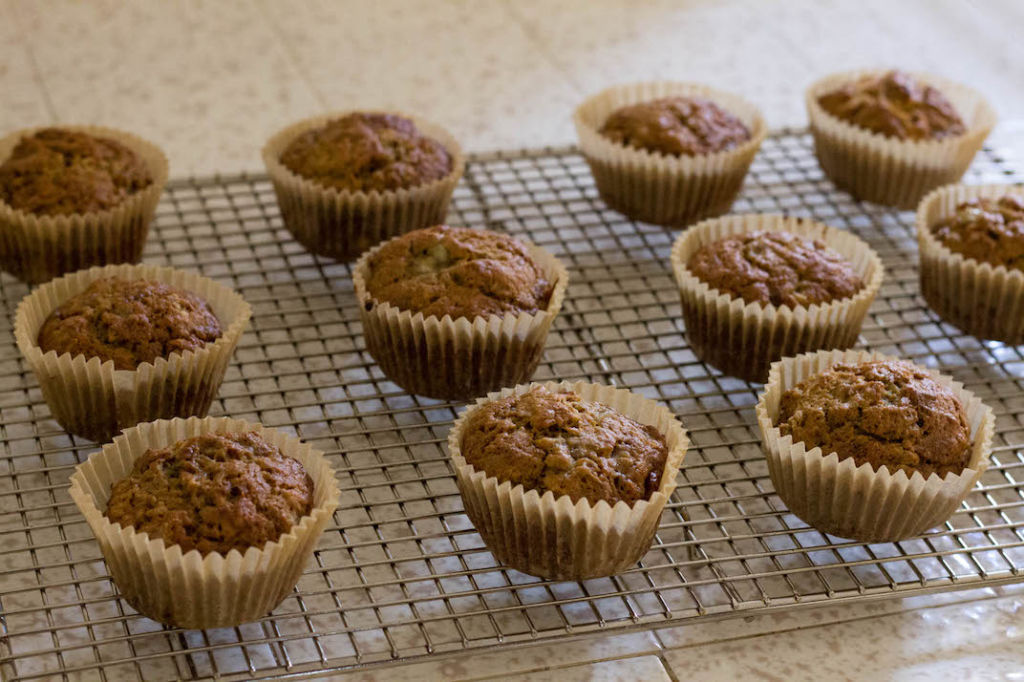 Call the kids into the kitchen to help mash, measure, and mix up theses banana muffins as a lesson in both science and math and practicality. Or stir them together yourself as quiet therapy during nap time after an especially rough morning and eat one (or two) while letting yourself zone out for a minute at the kitchen counter. Or maybe you’re too cool and subversive to do something like bake from scratch, so you just roll your eyes at this recipe and curse about #momlife and pour yourself a glass of wine instead. (And like wine is super cool and all–two thumbs up for wine!–but so are freshly baked muffins just saying you’re totally missing out.)

But maybe you just have a few spotty bananas that need using up. So you take the ten minutes and stir these whole wheat banana bread muffins together, unloading the dishwasher while they bake, pulling them out of the oven and pausing to steal one for yourself, schmearing it with peanut butter while it’s still warm. And then you stash the rest of them in the freezer, ready and waiting to be sensibly doled out into lunch boxes, for breakfast, as an after school snack on another one of those mundane, just-ok days that we are so lucky to have. 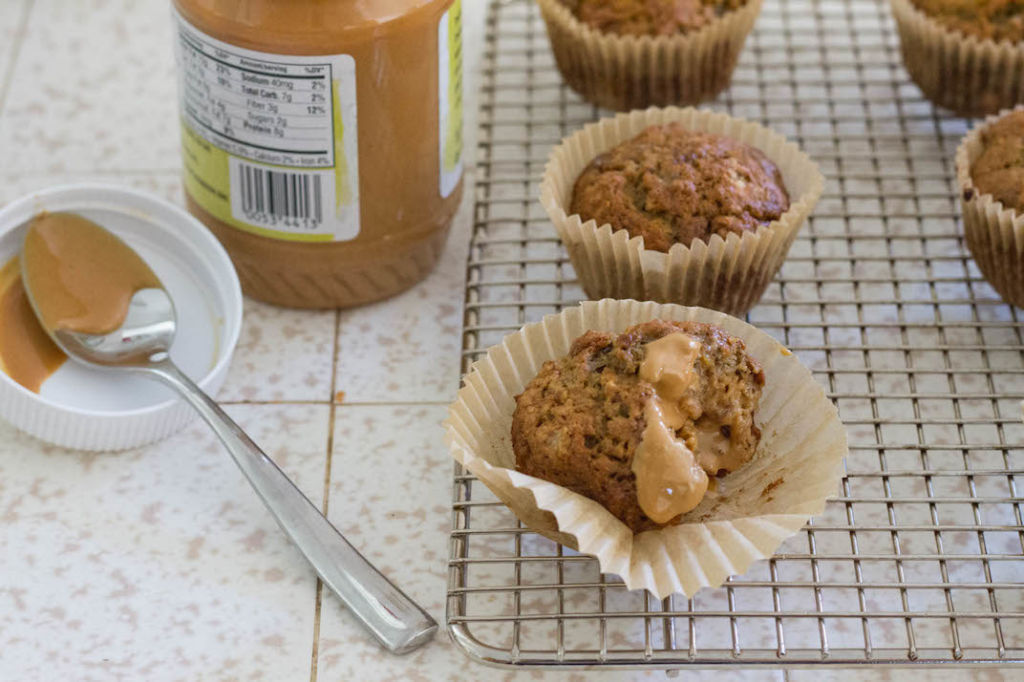 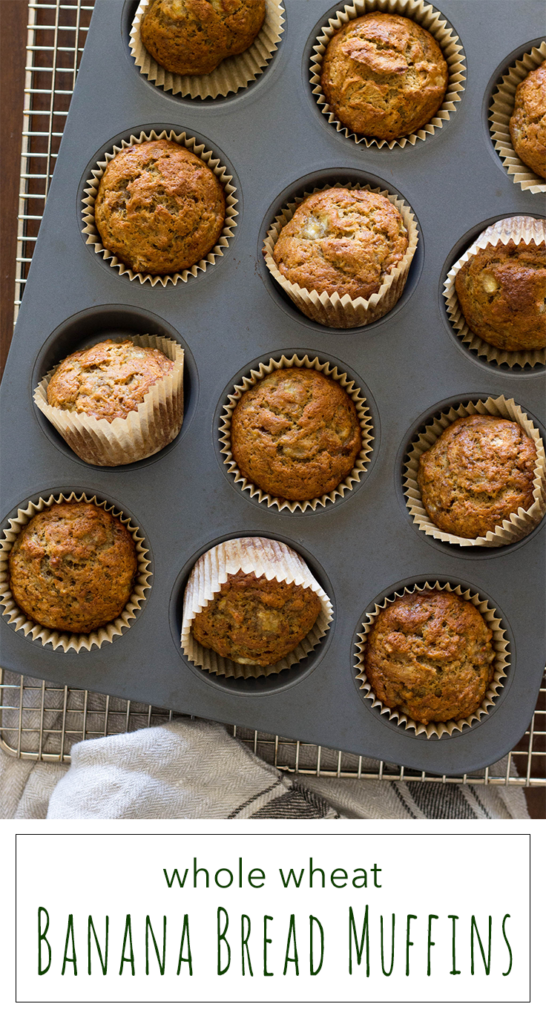 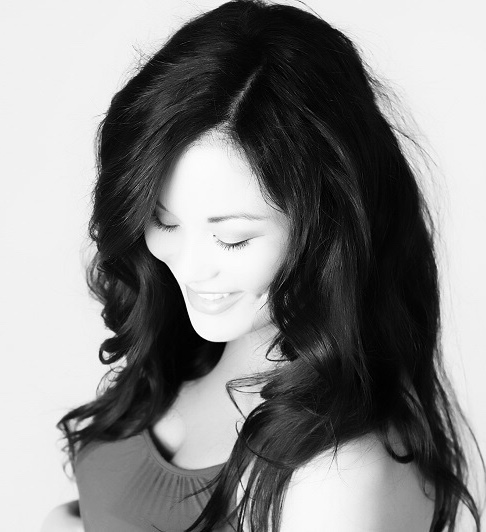